The most famous of the classic cognac cocktails, the Sidecar features cognac, orange liqueur, lemon juice, and a sugared rim. Created around the end of World War I in either London or Paris, the Sidecar descends from the Brandy Crusta and is tart and dry in flavor.

Two different bars claim to have invented the Sidecar for a guest who arrived at the venue on, you guessed it, a motorcycle sidecar. Bartender and author Dale DeGroff, however, claims the drink's name is actually a reference to the small amount of liquid that's often left at the bottom of a shaker tin after the bartender pours a drink out. Amicable bartenders will sometimes serve that extra bit to the guest in a shot glass on the side—colloquially called a "sidecar".

Our zero-proof version replaces the cognac with unfiltered apple cider, and adds the bracing acidity of its vinegar cousin to create a balanced drink that's both tart and sweet. 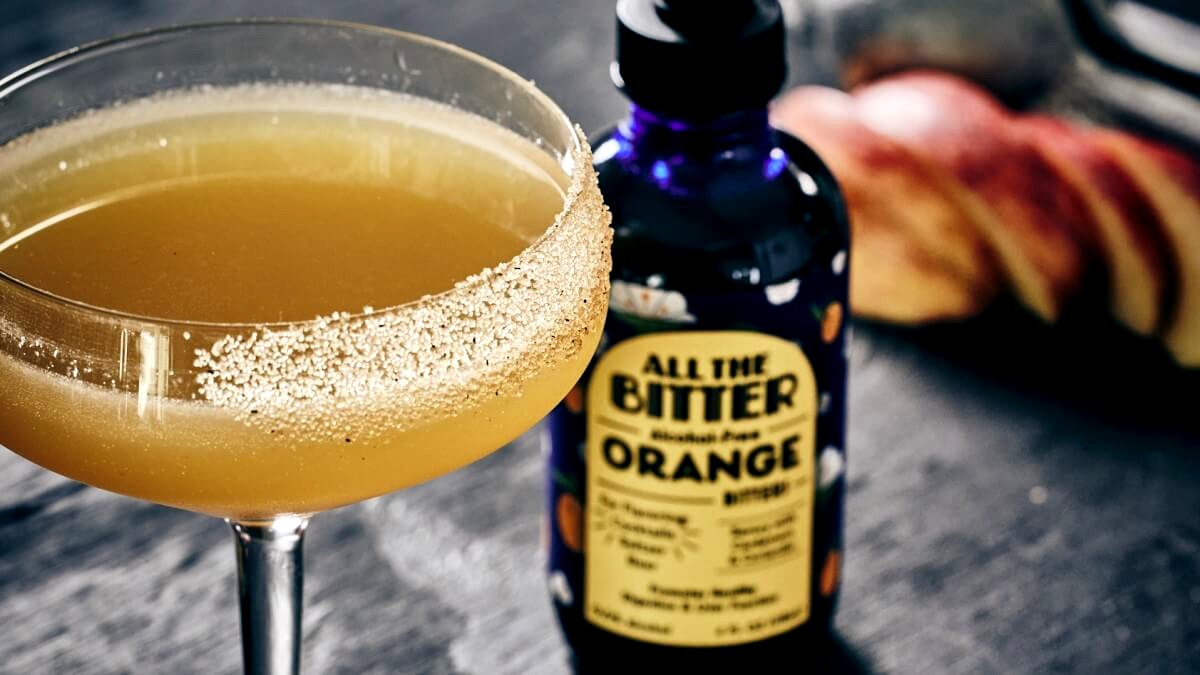 This is a great cocktail for folks who don't have any non-alcoholic spirits on hand. With a few common household ingredients like apple juice, lemon, oranges, sugar, and vinegar, you can still make a complex, sophisticated alcohol-free cocktail. If you do have a non-alcoholic triple sec like Dhos Orange or Lyre's Orange Sec, you can skip making the orange simple syrup and use that instead.

Combine 1 cup water with 1 cup sugar in a small saucepan. Add the juice from 1 orange and the peels from 4 oranges. Bring to a light simmer for 10 minutes. Remove from heat, let cool, strain, and bottle. Orange simple syrup will last in the fridge for a month and makes a great triple sec replacement.

Get traditional with this one and replace 1 ounce of apple cider with 1 ounce of cognac.