Of all the things we learned while developing All The Bitter, perhaps the most surprising was how well bitters and beer go together. As it turns out the concept isn't entirely novel. In France, several bitter liqueurs exist specifically to be added to beer, and they're wildly popular—Amer Picon, one of the most iconic, dates back to the 1830s!

Think of cocktail bitters as seasoning, like salt and pepper; they add flavor, spice, depth, and complexity. They enhance certain components of a drink, highlight elements that were hiding, and tone down overt sweetness. It only makes sense, then, to add them to beer as well as cocktails!

We enjoy bitters most in light beers—think Bud Light (or Bud Zero), Heineken (or Heineken Zero)—where they present more of a blank canvas for the flavors of the specific bitter. But this trick works great in all kinds of beers! Try our Orange bitters in wheat beers, Aromatic bitters in an IPA or Stout, and our New Orleans bitters in pilsners. 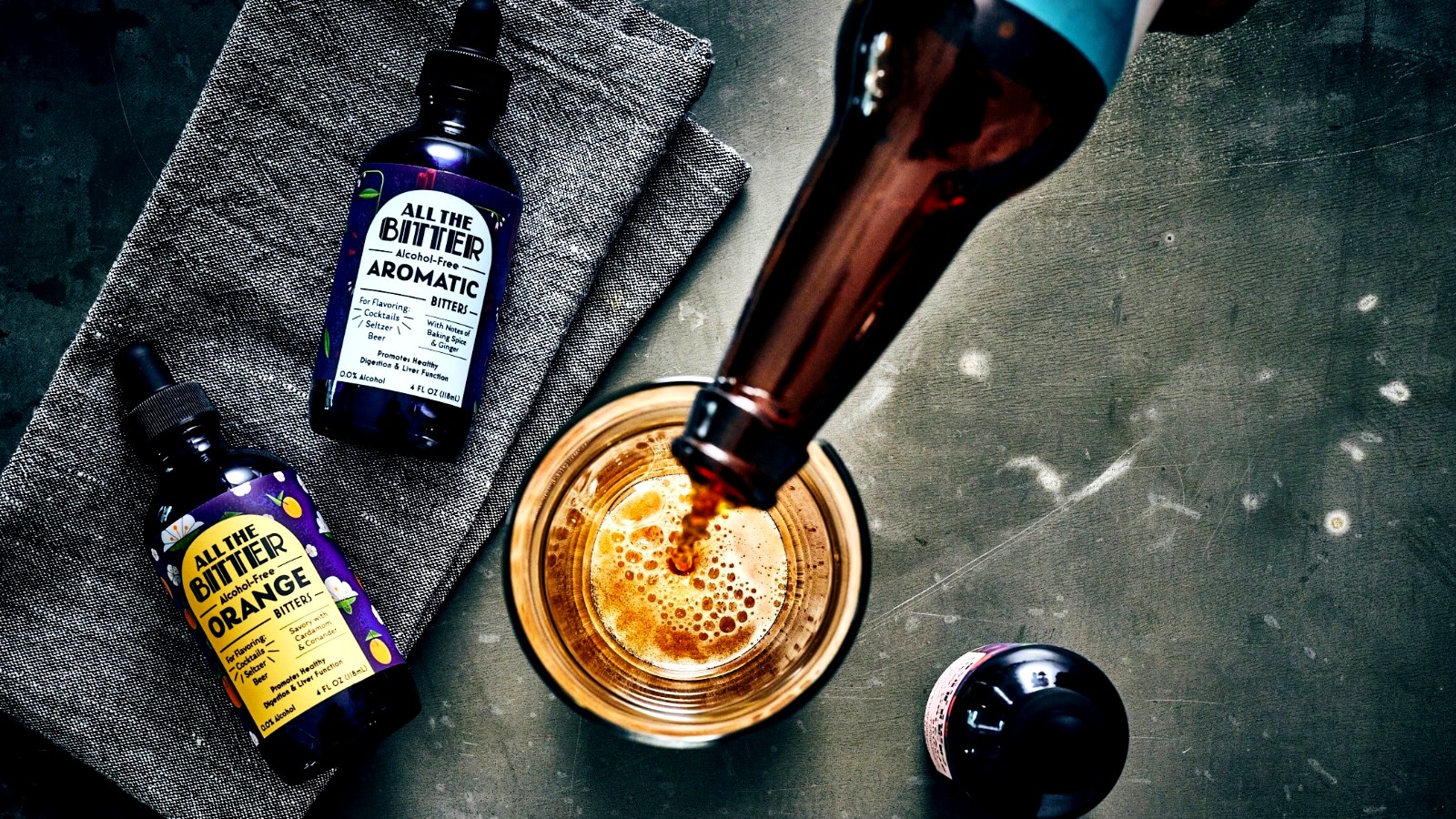 Start with 3 full droppers of bitters in a 12-ounce beer but add more (or less) depending on your preference. Experiment with different flavors of bitters in different beers! Light beers (like Busch, PBR, Heineken, Bud Light/Zero, etc.) work well with most bitters as they're a more neutral flavor and will accept the flavor of your bitter willingly. Orange bitters are fantastic in wheat beers, Aromatic bitters are great in porters, stouts, and IPAs, and our New Orleans bitters are wonderful in light lagers and sours.

Make sure everyone is included by keeping alcohol-free drink ingredients on hand, like our 0.0% ABV bitters.

Made with beneficial plants like dandelion root, burdock, and milk thistle seed to support digestion and liver health.

Bitters designed to lift your spirits by former sommeliers of the 3-Michelin star restaurant, The French Laundry.