A close relative of the Daiquiri, the Caipirinha is Brazil's national drink. They're both based on sugar and lime, but instead of rum, this classic cocktail features Brazil's other national liquid treasure: cachaça. Distilled from the fermented juice of sugar cane, cachaça is characterized by grassy and vegetal flavors—as opposed to the fruity, sugary notes found in rum (which is distilled from molasses).

The drink is believed to have been invented in the early 20th century as a cure for the Spanish Flu...or it may have been thought up in the 1800s by Brazilian farmers as a way to highlight local sugarcane. Whatever the case may be, this rustic variation on the Daiquiri is absolutely delicious, and the non-alcoholic version is no different.

Rather than using lime juice and simple syrup, the Caipirinha calls for a whole lime cut into wedges, muddled with granulated sugar to release the fruit's essential oils from the peel. To approximate the grassy, herbal flavors of cachaça we've combined Lyre's White Cane Spirit with Seedlip Garden 108, and added a couple dashes of our Orange bitters for complexity. 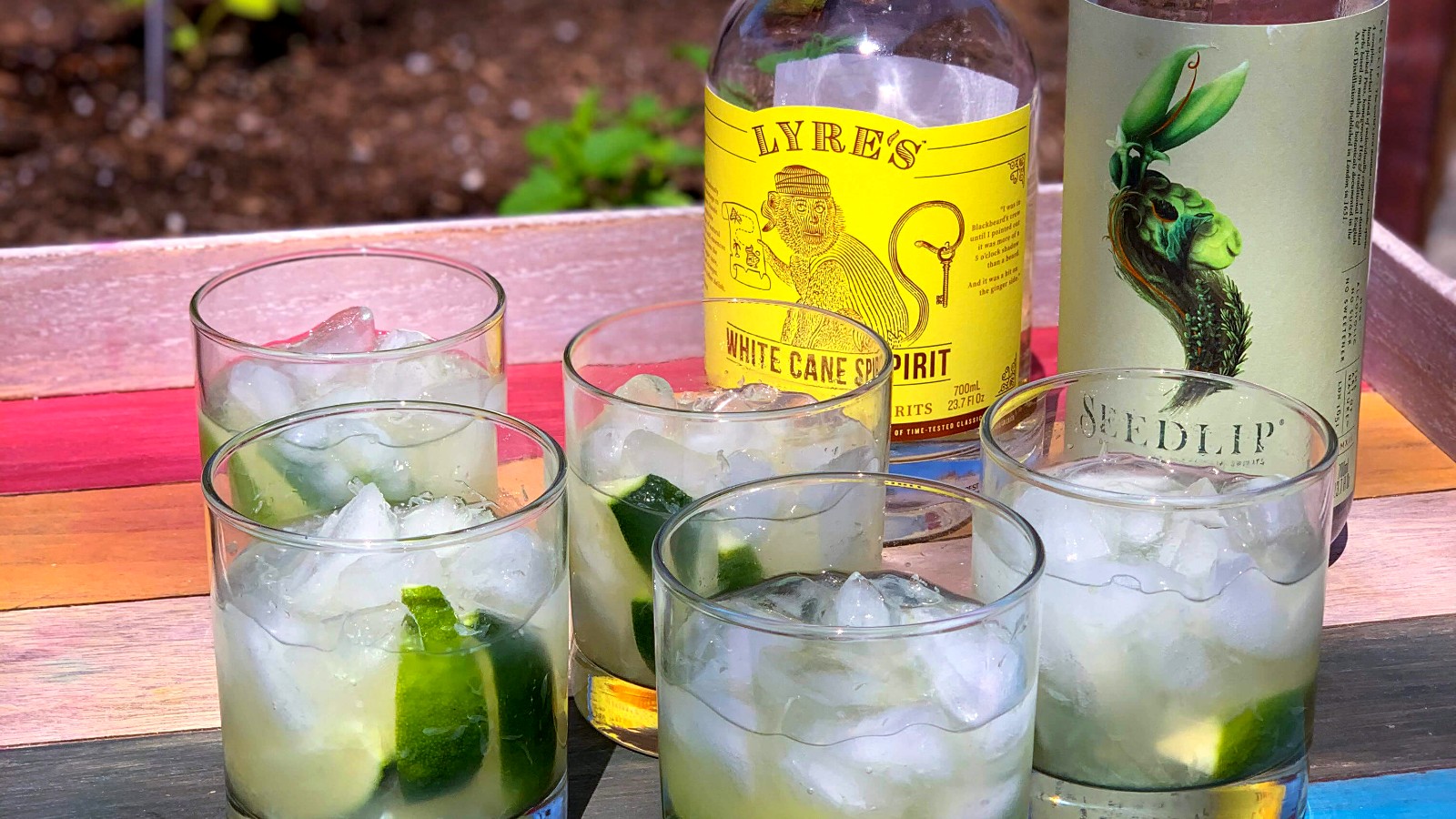 Really make sure you get in there when you're muddling the limes. The goal is to extract the juice, but also to get the sugar into the lime peel, releasing the fruit's aromatic oils.

MAKE IT MINDFULLY LOW ALCOHOL
Want to session some Caipirinhas all afternoon without getting too smashed? Try mixing 1 ounce of an alcoholic white rum (or cachaça if you have it!) with 2 ounces of Seedlip Garden.