Looking for a low calorie, zero sugar cocktail that's as easy to make as it is refreshing? Look no further than the Gin Rickey. Named for Joe Rickey, a democratic lobbyist working in Washington DC in the late 19th century, a "Rickey" is a simple combination of gin—or bourbon, which was actually Joe's preference—lime juice, and club soda.

The cocktail was created in 1883 at Shoomaker's, a popular dive bar owned by Mr. Rickey, and was declared the native cocktail of DC in 2011 (thanks in no small part to spirits writer and non-alcoholic drinks advocate Derek Brown). Shoomaker's no longer exists, but you can visit the site of the iconic bar at the J.W. Marriott Hotel, and enjoy a Rickey at their 1331 Bar and Lounge.

As easy as this classic cocktail is to make, it's just as easy (and satisfying) as a non-alcoholic cocktail. Simply mix your favorite NA gin alternative with lime juice and club soda, and ta-da! We're going to take it one small step further, though, and include a healthy dose of our New Orleans bitters for some beautiful color and burst of cherry and anise flavor with no additional sugar. 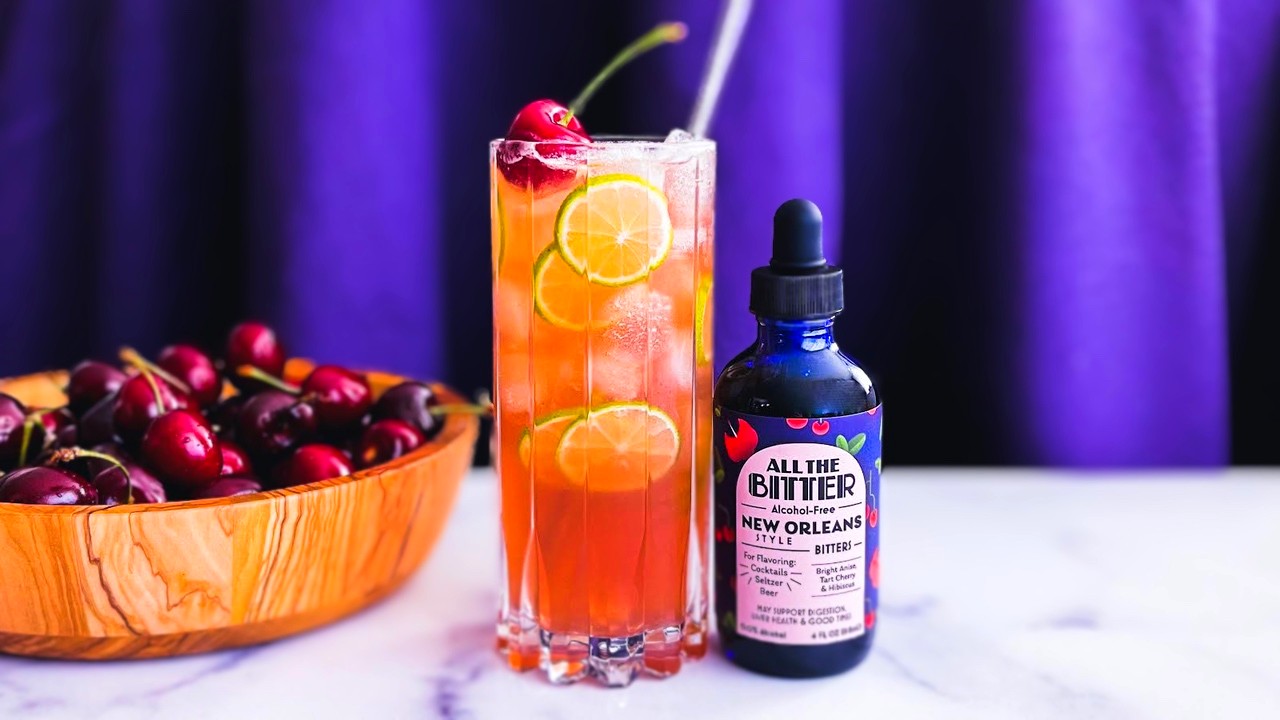 Most styles of gin will work here, so choose your favorite! We've made and thoroughly enjoyed this cocktail with Monday Zero Alcohol Gin, Lyre's Dry London Spirit, BARE Zero Proof Spirits, Ritual Zero Proof, and Free Spirits Gin, just to name a few. This same format will work nicely with unique botanical spirits, too, like Seedlip or Wilderton.

Not sure where to find these alcohol-free alternatives? You can order directly from the brands' websites, or through an online retailer like Boisson or the Dry Goods Beverage Company. If you prefer to shop in person, check out your local BevMo or Total Wine for a selection of non-alc alternatives.

MAKE IT MINDFULLY LOW ALCOHOL
Simply use 1 oz of your favorite alcoholic gin and 1 oz of a non-alcoholic gin alternative for a refreshingly sessionable summer cocktail.