A modern classic, the Penicillin was created by Sam Ross while he was working at New York's Milk & Honey, one of (if not the) most influential bars of our current era. Riffing on a Gold Rush cocktail, the Penicillin combines lemon juice, ginger honey syrup, and smoky Islay scotch.

The world of non-alcoholic spirits has yet to fully embrace scotch, so instead we're going to use a terrific replacement, the smoked black tea called lapsang souchong. Delicious on its own as a hot tea, it's a wonderful zero-proof cocktail ingredient that stands in perfectly for scotch and mezcal.

Like with many boozeless renditions of the classics (or modern classics), a few small tweaks are in order. Aromatic bitters add some depth here, and our oft-used secret weapon—apple cider vinegar—gives this drink punch and staying power on the palate. 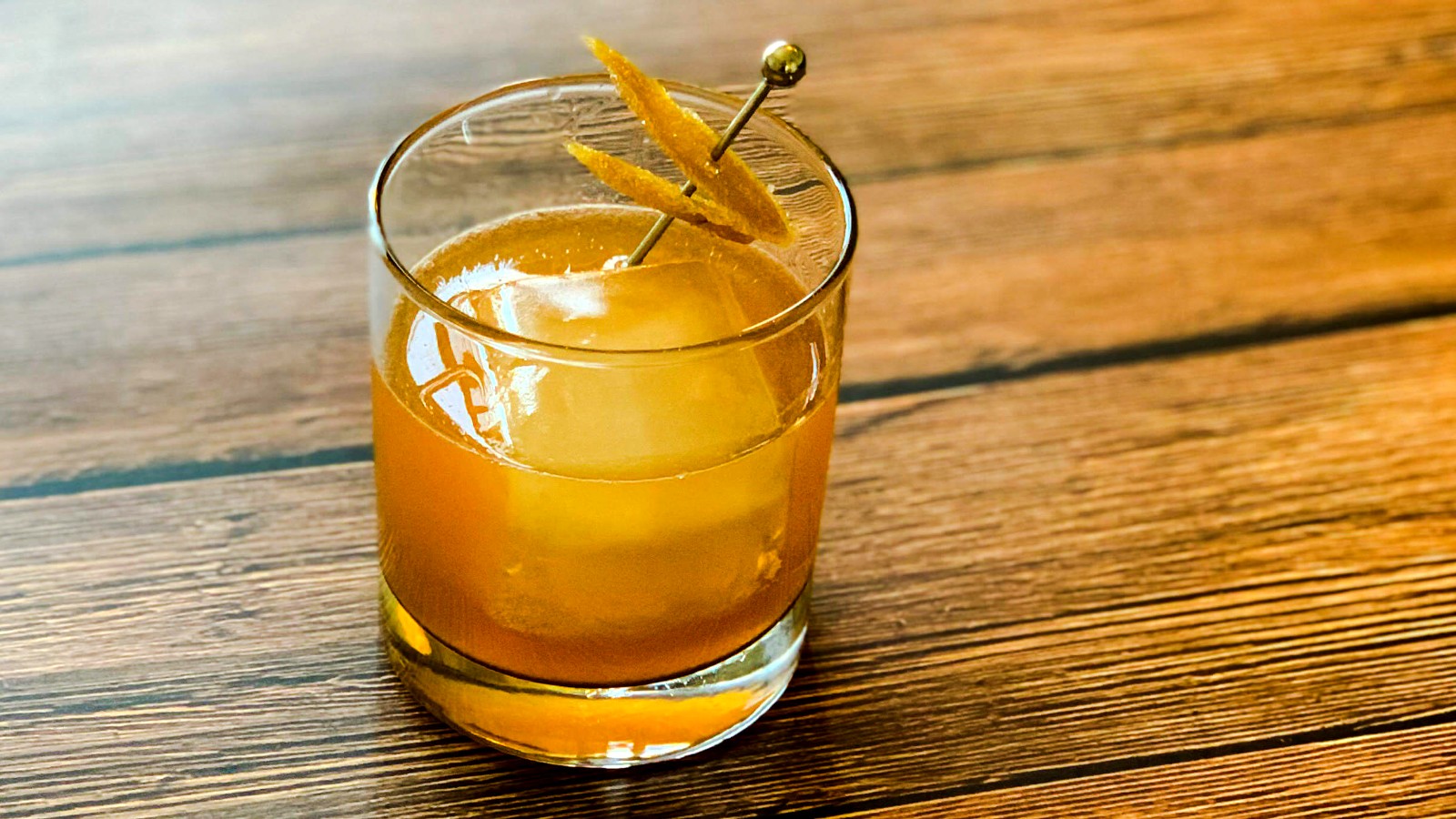 (To "float", slowly pour tea over the backside of a spoon so it sits right on top of the drink. This just adds to the smoky aromatics when you first stick your nose in the cocktail.)

GINGER HONEY SYRUP
In a small saucepan combine 1 cup water, 1 cup honey, and a good-sized handful of peeled, chopped ginger. Simmer on low for 10 minutes, then strain, cool, and bottle. Syrup will last in the fridge for at least a month.

MAKE IT MINDFULLY LOW ALCOHOL
Replace 1 oz. of the non-alcoholic whiskey here with regular whiskey OR a smoky scotch. If using scotch, you can probably skip the lapsang souchong tea.