Aided by HBO's wildly popular "Sex and the City", whose characters were often seen with a Cosmopolitan in hand, this light pink drink may have been the most popular cocktail in America during the mid-1990s and early 2000s. The history of the drink actually doesn't date much earlier and was invented in the mid-'80s when flavored vodka was getting its foothold behind the bar.

Absolut Citron is a defining ingredient in the original Cosmo, and we know what you're thinking: Is there non-alcoholic vodka? Not really, but there are several wonderful alternatives. Here we're going to use Seedlip Grove 42—which works great in place of citrus vodka in drinks like this one or a Lemon Drop—and you can find a few more suggestions in the notes below the recipe. 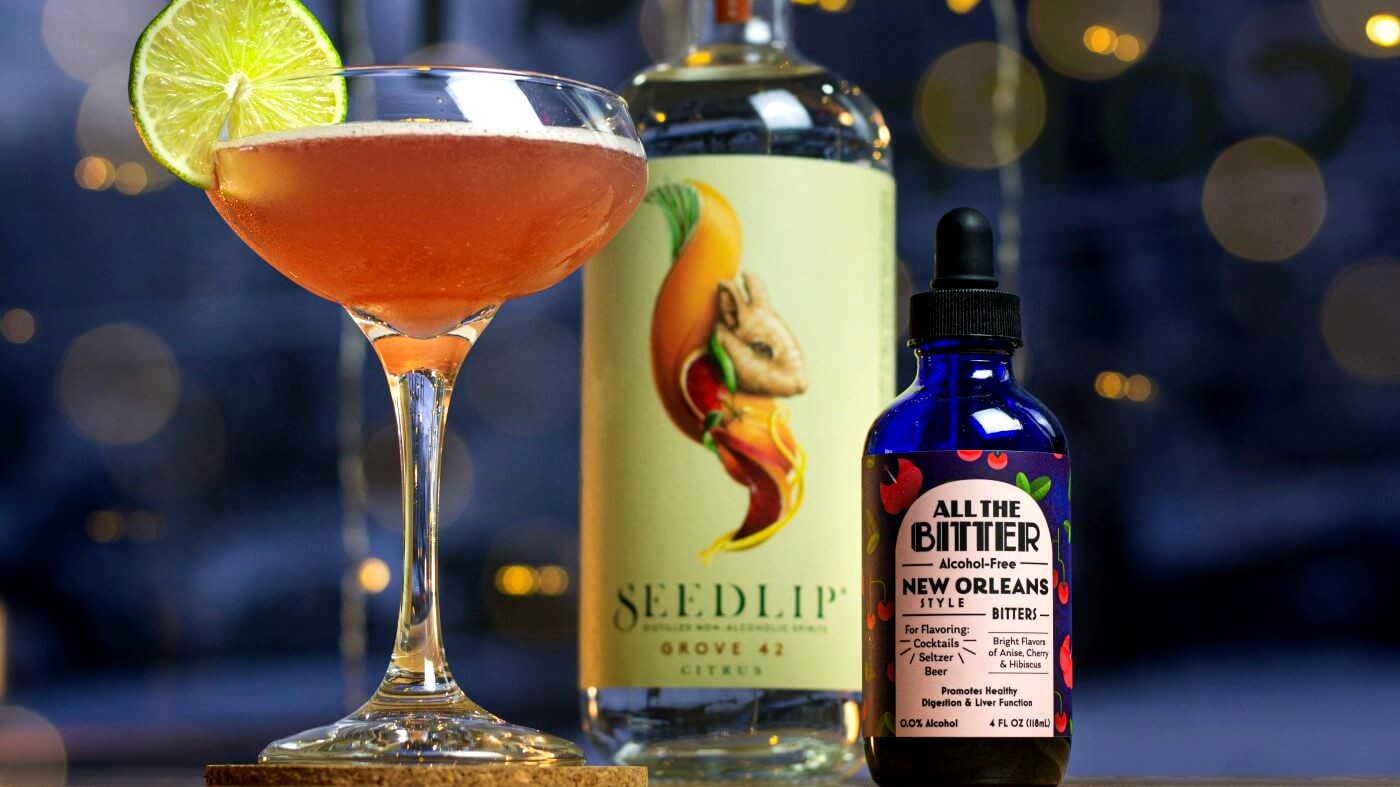 Other citrus-forward non-alcoholic spirits can work here in place of the Seedlip. A few of our favorites are Optimist Bright, Damrak Virgin 0.0, and Lyre's Pink London Spirit. While none are technically "vodka" replacements, they'll all function like a more complex version of citrus vodka in cocktails.

There are several great non-alcoholic triple sec alternatives on the market like Dhōs Orange and Lyre's Orange Sec. Either one will work great in this recipe. In a pinch, you could use the triple sec syrups found in grocery stores, but you'll want to omit the simple syrup from this recipe, as these syrups are considerably sweeter than the NA spirits.

Lastly, if you are going to use cranberry juice cocktail (instead of cranberry juice that's 100% juice), you'll probably want to ditch the simple syrup, as there's a ton of sugar in that cocktail stuff already.

MAKE IT MINDFULLY LOW ALCOHOL
Marathoning "Sex and the City" and you want to enjoy a few Cosmos without getting white girl wasted? Simply replace the NA orange liqueur with an alcoholic triple sec or Cointreau for a very low-ABV cocktail.