In the modern history of bars and cocktails in New York City, Audrey Saunders is a legend. Best known for the Pegu Club in Soho (which closed abruptly due to the COVID-19 pandemic), Audrey has mentored a generation of bartenders, and is at least partially responsible for the cocktail renaissance that we saw over the past 20 years.

The Old Cuban is just one of Audrey's original drinks that has been added to the lexicon of modern bar staples. Like many of her cocktails, it's inspired by a classic—the mojito—with a few key tweaks that let it stand on its own. In place of the traditional white rum of a mojito, dark rum is called for here. Aromatic bitters are added, and the soda water is replaced with champagne.

This cocktail translates better to non-alcoholic form than just about anything we've tried. The resulting drink is bright, minty, and refreshing like a mojito, but carries the dark intensity of rum and the flavor boost from sparkling wine. Eat your heart out, mojito! 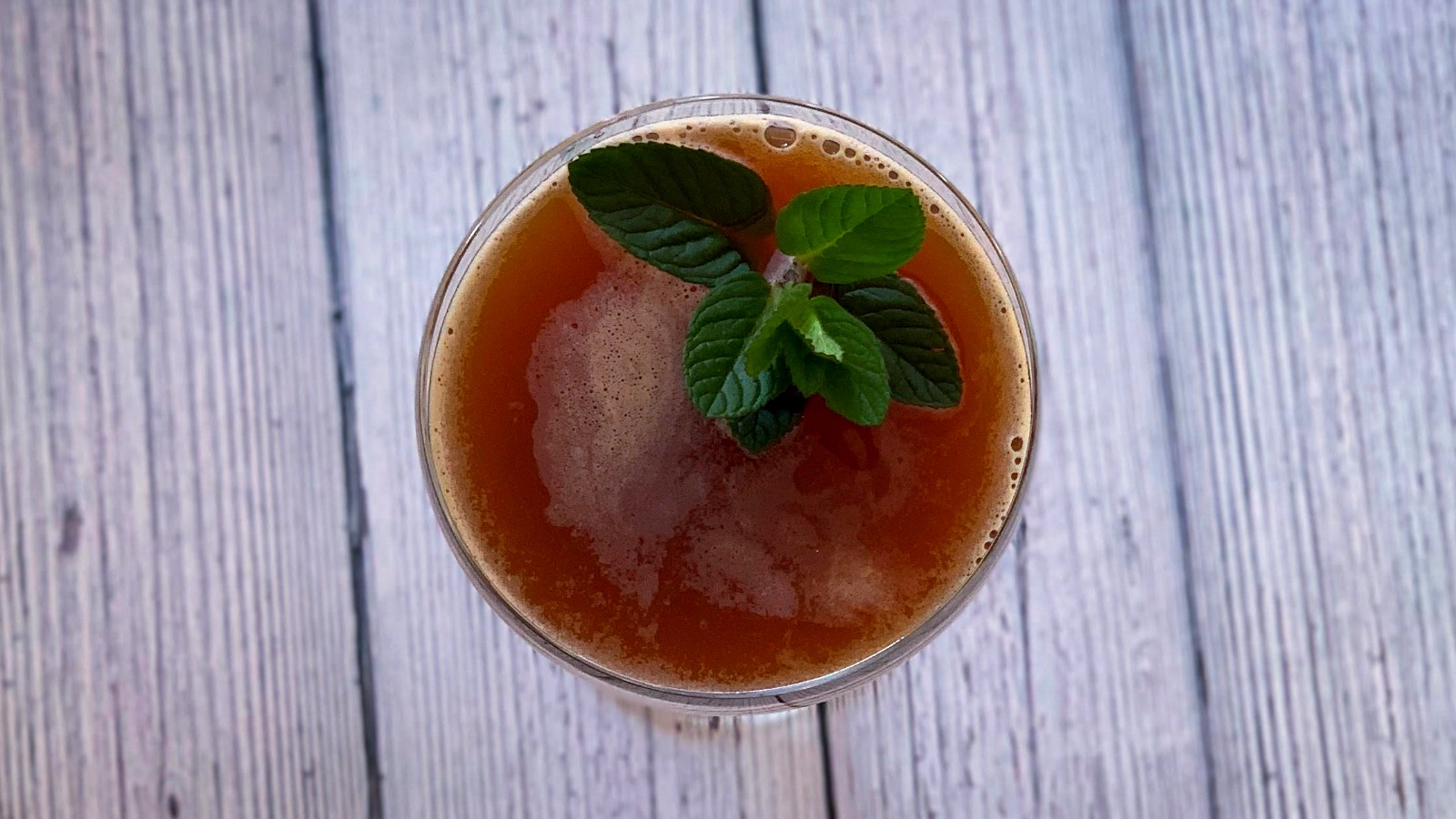 We love Ritual Zero Proof Rum in this drink, but your favorite non-alcoholic dark rum should work great. For the wine, try Surely Non-Alcoholic Brut. Super dry and crisp, it elevates this drink wonderfully.

MAKE IT LOW ALCOHOL
Keep everything else the same and pour 2 ounces of regular, alcoholic Champagne or sparkling wine here instead for a cocktail that'll tickle your fancy without too much buzz.